A symmetrical triangle is generally regarded as a period of consolidation before the price moves beyond one of the identified trendlines. A break below the lower trendline is used by technical traders to signal a move lower, while a break above the upper trendline signals the beginning of a move upward. As you can see from the chart above, technical traders use a sharp increase in volume or any other available technical indicator to confirm a breakout beyond one of the trendlines.

Symmetrical Triangles can be characterized as areas of indecision. A market pauses and future direction is questioned. Typically, the forces of supply and demand at that moment are considered nearly equal. The following is a typical Symmetrical Triangle Pattern 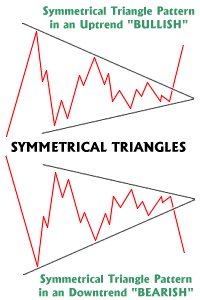 1) Attempts to push higher are quickly met by selling, while dips are seen as bargains.
2) Each new lower top and higher bottom becomes more shallow than the last, taking on the shape of a sideways triangle. (It's interesting to note that there is a tendency for volume to diminish during this period.)
3) Eventually, this indecision is met with resolve and usually explodes out of this formation (often on heavy volume.) 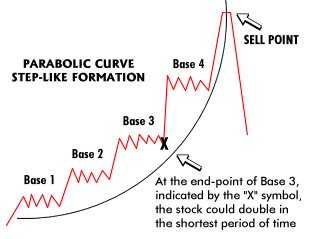 The Parabolic Curve is probably one of the most highly prized and sought after pattern. This pattern can yield you the biggest and quickest return in the shortest possible time. Generally you will find a few of these patterns at or near the end of a major market advance. The pattern is the end result of multiple base formation breaks.


3. The Wedge Formation Pattern
The Wedge Formation is also similar to a symmetrical triangle in appearance, in that they have converging trend lines that come together at an apex. However, wedges are distinguished by a noticeable slant, either to the upside or to the downside. As with triangles, volume should diminish during its formation and increase on its resolve. The Following is a Typical Wedge Formation Trend Pattern 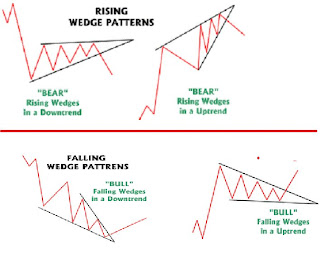 A falling wedge is generally considered bullish and is usually found in up-trends. But it can also be found in downtrends as well. The implication however is still generally bullish. This pattern is marked by a series of lower tops and lower bottoms.

A rising wedge is generally considered bearish and is usually found in downtrends. They can be found in up trends too, but would still generally be regarded as bearish. Rising wedges put in a series of higher tops and higher bottoms. 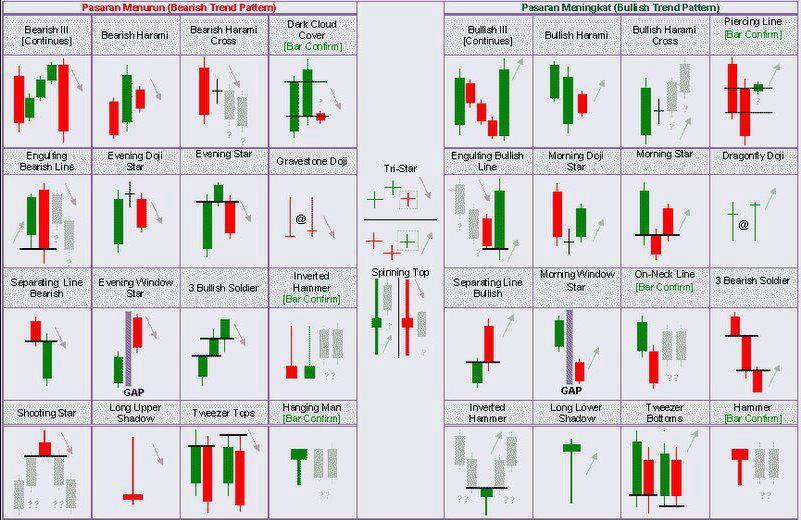 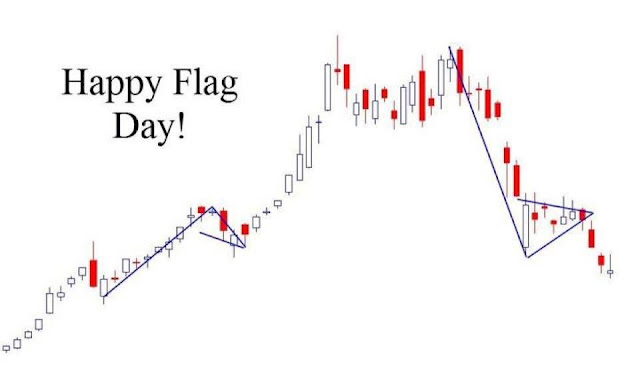 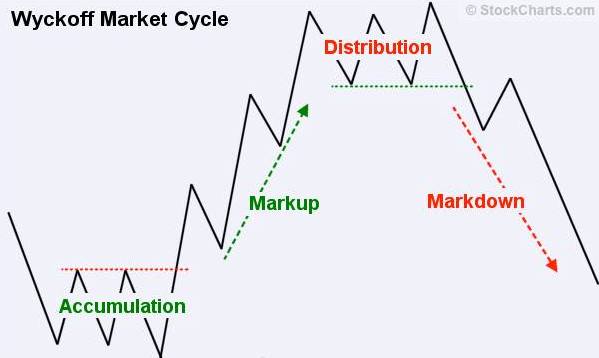 Technical charting pattern coined by IBD founder William J. O'Neil. It is one of three positive chart patterns to look for when doing technical analysis of a stock. It is named such because it resembles the outline of a coffee cup with a handle. 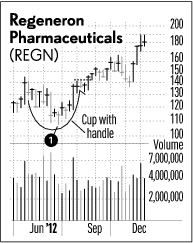 The pattern can last from seven weeks to as long as a year, but most are three to six months. The decline is usually 12% to 35% from the stock's high. The handle area should slant lower as the last remaining sellers exit the stock. The buy point is 10 cents above the high point of the handle. 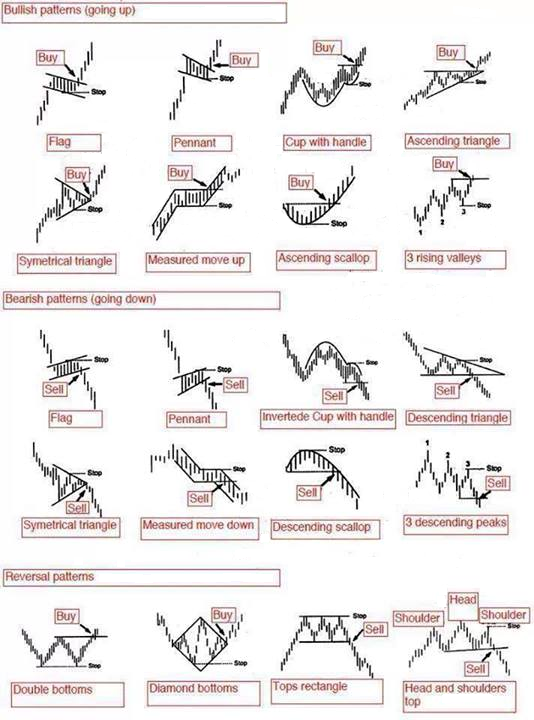 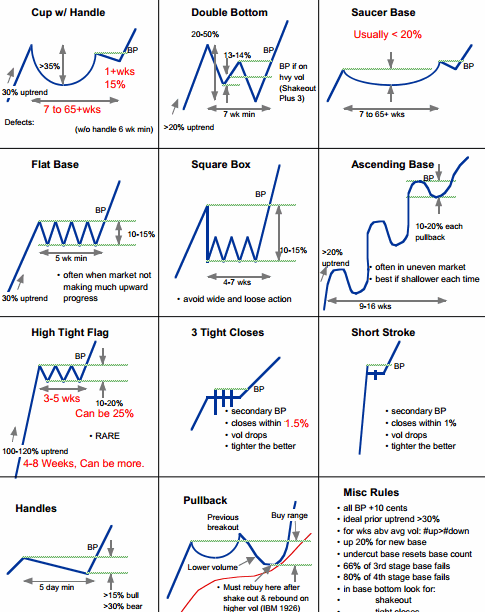