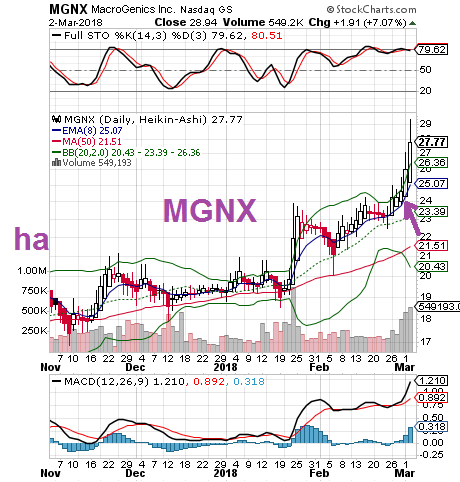 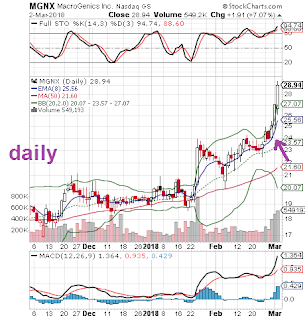 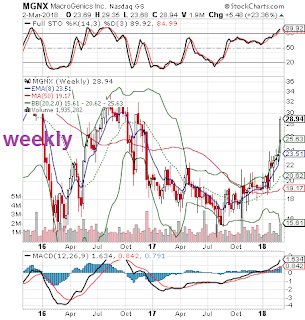 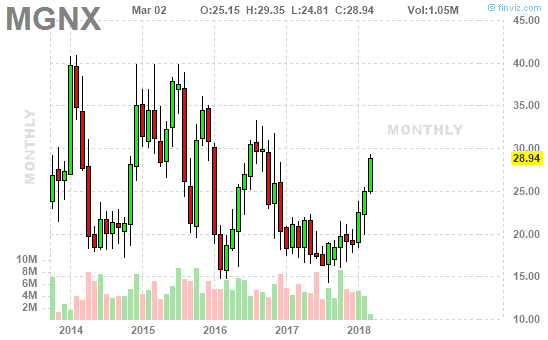 ROCKVILLE, Md. (AP) _ MacroGenics Inc. (MGNX) on Tuesday reported fourth-quarter net income of $105.7 million, after reporting a loss in the same period a year earlier.
The Rockville, Maryland-based company said it had profit of $2.80 per share.
The results exceeded Wall Street expectations. The average estimate of seven analysts surveyed by Zacks Investment Research was for earnings of $2.58 per share.
The biopharmaceutical company posted revenue of $152.4 million in the period, missing Street forecasts. Five analysts surveyed by Zacks expected $152.6 million.
For the year, the company reported that its loss narrowed to $19.6 million, or 54 cents per share. Revenue was reported as $157.7 million.
MacroGenics shares have risen 26 percent since the beginning of the year. In the final minutes of trading on Tuesday, shares hit $23.95, an increase of 14 percent in the last 12 months.
Posted by Eva S at 8:37 PM