MuleSoft (MULE) to be acquired by Salesforce (CRM) for $6.5 billion 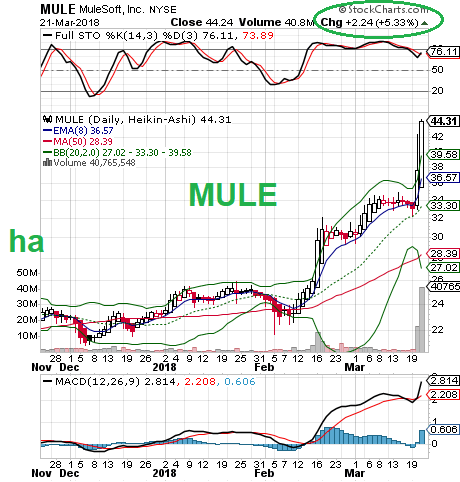 
3/20/18 : (Reuters) - Salesforce.com Inc is in advanced discussions to acquire U.S. software maker MuleSoft Inc, people familiar with the matter said on Wednesday.
A deal could be announced as soon as this week, the sources said, cautioning that negotiations had not been finalized and that an agreement was not certain.
The sources asked not to be identified because the negotiations are confidential. Salesforce and MuleSoft did not immediately respond to requests for comment. 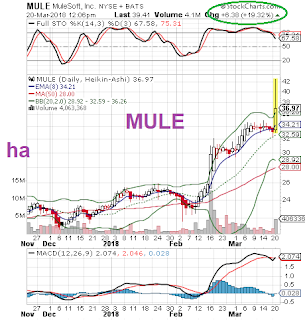 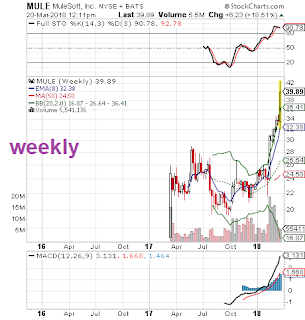