nLight, Inc is an American laser company.  Its fiber laser technology helps more than 300 customers manufacture everything from electric vehicles to smartphones. nLight has customers like Samsung, Raytheon and BAE, with 66 percent of its business is generated outside of the U.S.
Headquarters: Vancouver, WA
Founder & CEO: Scott Keeney
Founded: 2000
nlight.net
IPO:  April 26, 2018 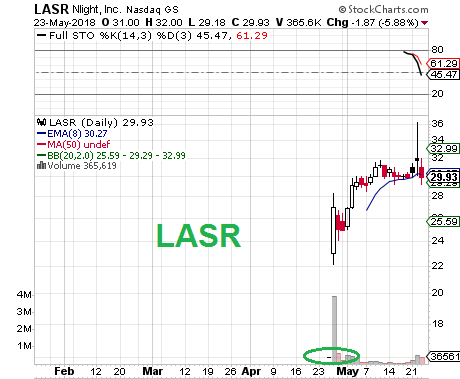 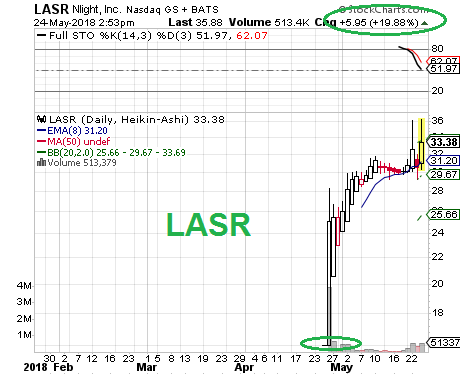 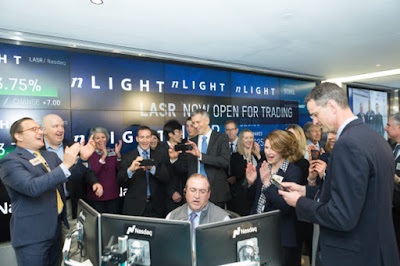 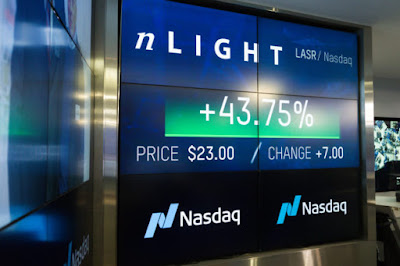 nLight priced its initial public offering at $16 per share on Thursday, above its expected range, and the stock (LASR) finished the day at $26.95. The company raised $96 million as part of the IPO.